People who read books in bed get more sleep

But they also seem to live more healthily and make more money. This can be deduced from a survey by Sleep Junkie, where 1000 respondents answered questions about their sleep habits and bedtime routines. One of the main questions were whether or not they read in bed.

"If your go-to bedtime routine includes winding down with a great book, you’ve got a good thing going", reports the web magazine Real Simple.

The survey was made by mattress and sleep product review site Sleep Junkie during summer 2020. The respondents that said they opened a book at bedtime at least three times a week also stated that doing so promotes relaxation, reduces stress, induces sleep, centers the mind and improves sleep quality.

But the respondents' own statements about benefits says nothing about their sleep quality. Therefore they were asked to state their satisfaction and estimate their sleeping time. When comparing the bedtime readers to the non-readers, 76 percent of the readers reported being satisfied with their sleep quality. In the non-reader group, only 64 percent were satisfied. And when comparing how many hours of sleep the respondents got, the bedtime readers clock an extra hour and 37 minutes per week. (That's sleeping time, not reading time, whereas the reading also got them additional 43 minutes of relaxation in the bed.) 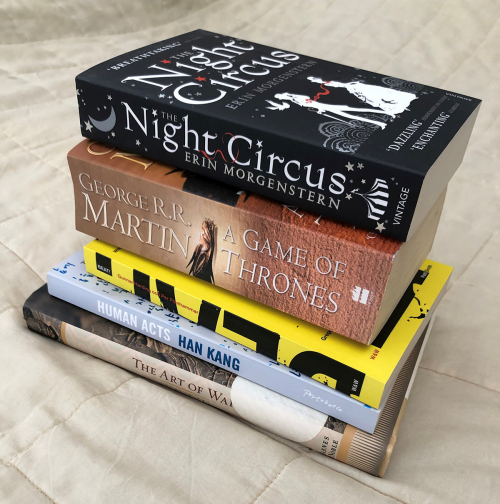 Which type of reader are you?

There were 15 percent of the respondents who read five or more nights each week. Another 12 percent said they read three to four nights a week. Those who read three nights per week or more were counted as bedtime readers.

Also among the people reading 1-2 nights, which were 11 percent of the respondents, positive effects like stress-reduction were noted.

But the majority of the respondents, 62 percent, reads more seldom, and were categorized as non-readers. As many as 96 percent of the bedtime readers would like to recommend the habit to others, so it's not to late to pick up a book and see if you like it.

The survey also contained different questions about habits and satisfaction in life. The bedtime readers turned out to be 12 percent more inclined to eat a healthy diet. They were also 14 percent more likely to engage in healthy recreation activities, and 8 percent more likely to keep regular doctor/dentist appointments. In general, they also seems to be more satisfied with their life.

"Do you feel you live your life to the fullest?" was one question, and 70 percent of the bedtime readers said "Yes", compared to 58 percent of the non-readers.

The respondents were also asked whether they used any tech devices in bed at night-time (not including reading e-books or reading on a notepad or phone). As many as 72 percent of those surveyed admitted to using tech in bed at least five nights per week. 56 percent said they use tech gadgets in bed every night. The most common activities were working on a laptop or tablet, playing games, using social media or browsing the internet.

Of the bedtime tech users, 39 percent expressed difficulty falling asleep, compared to only 15 percent of the bedtime readers. A whole 61 percent of bedtime tech users admitted to staying up too late several nights each week. Nearly three-fourths of people who said they are using tech gadgets at bedtime agreed they would benefit from cutting back.

Correlation between reading and income

Does this mean there is really a correlation between reading in bed and your salary? Or was this just an interesting happenstance? That's hard to say, because it's not what this survey set out to define. But as it's argued in the article, reading before or in bed has been shown to reduce stress and improve long-term memory. This, together with getting enough sleep may cause you to perform better, which may make a big difference.

So maybe it's time to pick up a book and start getting more out of life?