Letting the f1gures do the talking

For decades research firms have failed in providing sufficient data on reading habits in both analogue and digital formats and on multiple devices. The new media research firm PAMCo was launched in 2018, and its data have made it easier than ever for newspapers and magazines to increase their advertising revenue.

PAMCo can now discover far more precisely the reach of a media brand on all its platforms. And not only that: Their data also reveal that newspapers and magazines are still the best brand builders, which further boosts publisher earnings. To find out more, our customer magazine Paper tuned in with Simon Redican, CEO PAMCo.

Unlike previous research firms, PAMCo measures reach across all platforms: print, desktop, phone and tablet. The figures reveal which devices consumers use for accessing digital content, and whether the same individuals are reading both analogue and digital publications. PAMCo presents this more precise and valuable data on its website in an intuitive Venn diagram.

The Venn diagram is actually the essence of what PAMCo is about. There are advertisers who buy print ads on a regular basis and there are those who buy digital ads. The Venn diagram shows them the potential reach in the other channels. For example, in the digital ad case, the ad buyer has the data and thus the possibility to target also the many readers of the print edition. In other words, PAMCo is a long-awaited tool that offers a means of persuading advertisers to invest in all platforms.

Magazines are positive for brand-building

Apart from reach, the Venn diagram also reveals the attitudes of British consumers to media brands and their content. And the figures demonstrate that demand for their content is increasing. Simon Redican explains;

“Our data reveal that the content published by magazines and newspapers has never been more popular. 29 million people, more than half of the British public, read a newspaper or magazine every day. But can you make enough money from these target audiences to pay for the costly production of the printed product and quality journalism. That’s the challenge. Because there are plenty of studies conducted by British marketing entities, by individual publishers to indicate that if you want to build a brand and run a great company, you should be advertising in newspapers and magazines. No-one builds brands on Google and Facebook because people don’t visit them to pay attention to ads.”

As an advertiser, if you want to build strong, credible brands for the long term, Redican’s advice is focus mainly on magazines.

“The key issue for me, with printed products and magazines especially, is that advertisers need to target the right channels. Readers have long-term relationships with printed products, deep relationships based on trust. At PAMCo, our interview questions concern consumer trust in content and how highly they rate it. They look at the extent to which consumers are aware that this is content they can’t obtain from anywhere else. And the figures show that magazines especially are highly rated on that score”.

What’s the best choice of channel?

Should a media publisher be prioritising its analogue and digital products today? Is it best to concentrate most on the print edition or on digital presence?

According to Simon Redican it varies depending on the target audiences. From a general perspective, people still rate print media very highly. The big challenge is how to earn money from that in a world where online clicks have become the new currency. Magazines, news-papers, TV and radio accounted for around 3 per cent of clicks on British websites. Google and Facebook account for about 25 per cent. This is a problem. If the advertising market is about clicks on websites, then the money will be earned by those people who claim the most clicks, despite the fact that people know that much of it is fraud by click farms.

This hasn’t slowed the trend in people spending money on marketing clicks. PAMCo demonstrates that, the reach in quality environments, regardless of platform, counts for more than clicks on websites.

Although PAMCo data are available now, that doesn’t mean that media advertising revenue will automatically increase. First, the advertisers have to start investing in all platforms, which goes against the grain for many of them. And the advertisers also have to stop chasing short-lived clicks, which poses a challenge in a world that is increasingly geared to short-term gains. PAMCo is a valuable asset for newspapers and magazines to use for hitting back at the digital giants, who along with the click baits are a threat to everyone’s business, not only media publishing.

Simon Redican explains that PAMCo is a major venture, several millions of pounds invested over a five-year period. But he also explains that this investment would never have been made without complete confidence in what the publishers bring to the mix.

“I think what that tells us is that publishers have self-confidence, which stems from the conviction that they have brilliant content, for which they know there is consumer demand, and that they are looking at committing to demonstrating that to advertisers. And what they justifiably want to see in return is increasing revenue to reflect that. The general perception is that this is less about hitting back. Far too much has been invested in platforms that underperformed in terms of value for money. So now the time has come to persuade the advertising agencies by saying ‘you know what, you should be spending money here, where it will do you some good instead’.”

Read the full article Letting the f1gures talk in the 6th issue of our customer magazine Paper. Sign up for a free subscription below.

How PAMCo collects its data 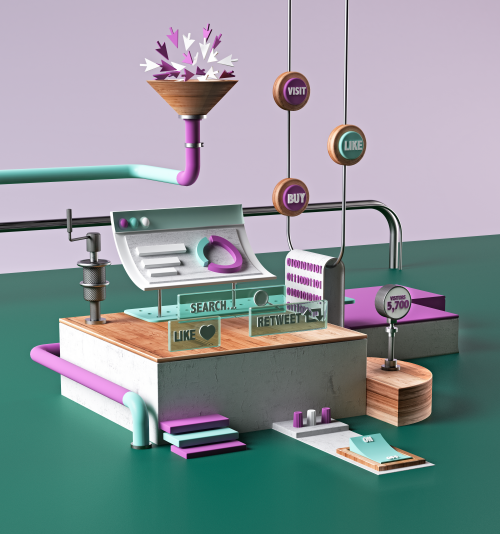 By using Holmen.com/paper you approve that we gather data about your visit. Read about cookies and how to avoid them. Also read Information about Holmen’s processing of personal data.