Children like reading according to KiMM survey, Kinder Media Monitor 2022

72% of German children read in their leisure time at least several times a week. Printed books and magazines are clearly more popular than people believe, according to the KiMM survey with more than 2,000 respondents.

Here's some good news if you believe reading is good for the development of children's intellectual capacity. Almost three quarters of German children poke their nose frequently in books, magazines or comics (72 percent). This according to the German survey KiMM 2022 (Kinder Medien Monitor/The Children's Media Monitor), which interviewed parents of more than 2000 boys and girls between the ages of 6 and 13 years old.

The KiMM study is carried out with the aim to be representative for the 7.59 million 6-13 year olds in Germany. It was implemented on behalf of publishing companies Egmont Ehapa Media, Gruner + Jahr, Super RTL, Edeka Media and Panini Verlag with the aim to establish the reach for 27 print magazines as a complement to their own circulation figures.

The publishers also wanted to know more about how reading contributes to childrens' ability to learn, focus, or become motivated to perform activities on their own, compared to other media use. Their findings are an interesting read in a time when many believe that young people only enjoy online scrolling and passive video watching, when they actually do consume physical books and magazines to a large extent.

Reading is not a trend

"Reading is not a trend. It is and remains a popular occupation with a reliable and familiar medium," the authors of the study conclude on the website for BDZV website, the German Association for Digital publishing and Newspaper publishers. In their press material, they summarize the findings about childrens' media use as "Reading in their spare time is more important than TikTok or YouTube."

The 2022 KiMM study found that 96 percent of German children do watch series, films or videos several times a week in their free time. In addition to linear TV, children use YouTube and TikTok from the age of 11 for their video consumption, but the app users are not as many as the regular readers. About 42 percent of the children use apps like TikTok or Instagram more than once per week. But as many as 72 percent read in a book, magazine or manga comic just as regularly or more often.

Another finding from the study is that print media has a high level of trust among parents. More than 80 percent of the mothers and fathers are of the opinion that "their child can learn something through magazines." This can be compared to tv and streaming services, which has the second highest level of trust, where 60 percent of the parents say they believe their child can learn something from the medium. 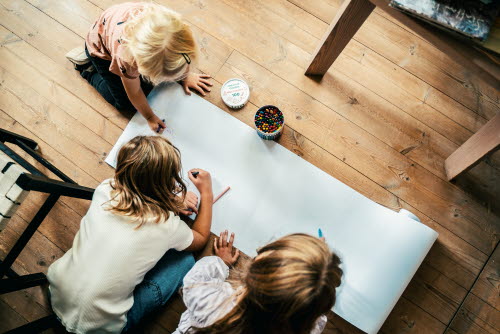 When asked if the medium stimulates their child's creativity, magazines are again in the top. As many as 69 percent of the parents say that magazines do, compared to tv and streaming, 54 percent, and online media like YouTube, 37 percent. When comparing which medium best stimulates their child to perform activities on their own, magazines are still the parents top choice, where 60 percent say yes, and no other media reaches above the 50 percent mark.

KiMM, the Kinder Medien Monitor 2022, provides representative data on media use for children in Germany and their parents. The joint study was made by Egmont Ehapa Media, Gruner+Jahr, Super RTL, Edeka Media and Panini Verlag. The full study was published 18 August 2022, and can be downloaded and read in German from the Kinder Medien Monitor website.