Norrköping city run is synonymous with festivities and the joy of running. The city's largest running event is popular with both amateurs and elite runners and ranks high among the major national races. Holmen Paper – having a strong commitment to sports and health - encourages as many as possible to participate in this healthy popular movement.

Interest in running and general health is constantly on the rise and we run and work out like never before. Once a year we do it – in thousands along the city streets – during the Norrköping city run.

On a warm and sunny Wednesday evening in August, some 1,500 participants ran either a five- or ten-kilometre course through the city streets of Norrköping. Participants included both elite runners and everyday athletes. This year's edition offered record participation, both for the race as such and for Holmen as a company.

All employees participate for free

The first start for the city run was in 2012. Over the years, it has become a respected competition that attracts both national and international elite. But the race is basically about getting people moving and having fun at the same time. Holmen Paper is the biggest partner and all employees, with families, are offered to participate in the city run for free.

To encourage as many people as possible to train, run or just be a part of the local festivities is important for Holmen Paper, being one of Norrköping’s largest employers. All the different business areas were represented in "Team Holmen" this year, and the biggest participation came from Braviken's paper mill, where eleven employees from maintenance, production and development had encouraged each other to participate.

The organizer Tjalve Friidrott also has a large childrens’ and youth activity that depends on the attention and income of the city run. The association has 430 members, of which about 200 are athletic children and young people who can jump, run and train more, thanks to everyone who contributes to the race’s success.

Supporting events like Norrköping city run is a way for us to contribute to our local community. This goes hand in hand with the objectives we set up and measure, for long-term development and mutual ambassadorships. It's about health and the joy of exercise for all our co-workers, but it's also about the future. Within the framework of Holmen Paper's sponsoring partnerships 2,500 sports and youth leaders have been trained - and what could be a better warrant for further development? 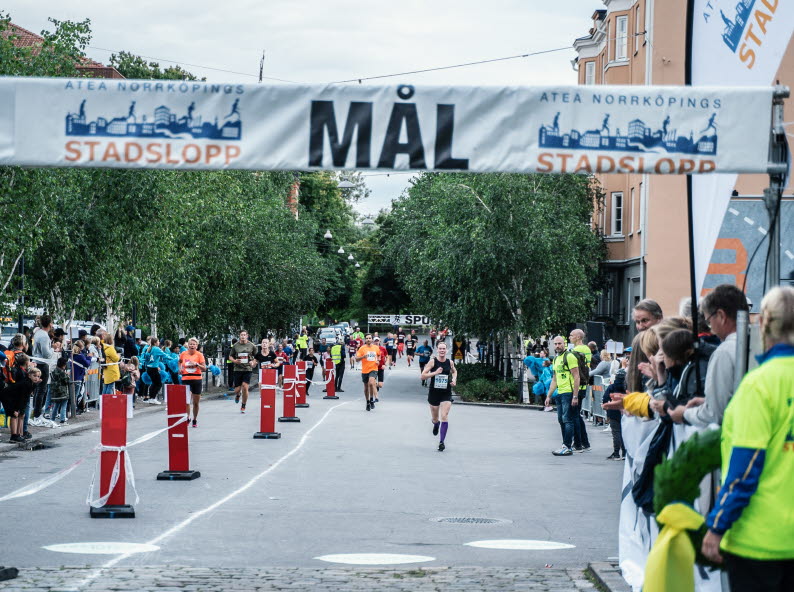