In 1609, Duke Johan of Östergötland, the son of Johan III and grandson of Gustav Vasa laid down the foundation for Holmens Bruk in Norrköping.

The first mill was a weapons factory built on the tiny island of Kvarnholmen in the river Strömmen. Hence the name “Holmen”, which means small island in Swedish. Over more than four centuries, Holmen has changed several times and products have come and gone. In 1633 “the father of Swedish industry”, Louis de Geer, started a handmade-paper mill in Norrköping. Paper was a rare and costly product and the mill produced writing paper and cartridge paper used for loading cannons and muskets.

However, the paper mill burned to the ground after only ten years in business and was never rebuilt. 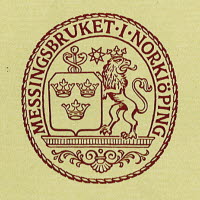 Instead brass was one of the main products from Holmens Bruk until the end of the  18th century. Textiles in the form of woollen and cotton fabrics were also an important part of the business all the way until 1970.

The Holmen Group of today

The 1980s and 90s was a time for mergers and acquisitions for Holmen. In 1988 Holmen was acquired by MoDo, a large fine paper manufacturer. The new company group that was formed had nine independent business areas: Forest, wood products, pulp, fine paper, printing paper, hygiene, paperboard, lignin and finance.

Ten years later, in 1999, the decision was made to focus on wood-containing printing paper and paperboard. The business areas forest, wood products and energy were also deemed to be valuable operations and were kept in the group. All other divisions were sold off. The new constellation became the Holmen Group that we know today. 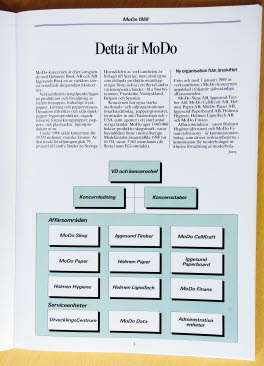