Our modern sawmills make us a complete supplier of wood products, including construction, joinery and packaging timber. The location of our sawmills close to the sea, railways and roads makes for efficient transport solutions to our customers. From October Martinsons, with production facilities in Västerbotten in Sweden, part of Holmen group.

Our high level of technology, including one of the world’s fastest planing mills at Braviken Sawmill, leads to a higher degree of finishing and enables product development with a greater focus on optimising wood characteristics in the log to suit the end customer’s product. We develop sawing and drying in cooperation with customers to minimise wastage and maximise customer benefit.

Located just outside Norrköping, Braviken Sawmill is the largest and most modern sawmill in Scandinavia. The sawmill manufactures construction and joinery timber in spruce and pine. A wood treatment plant and distribution warehouse see us offer a broad and attractive range directly to builders’ merchants and the construction industry. 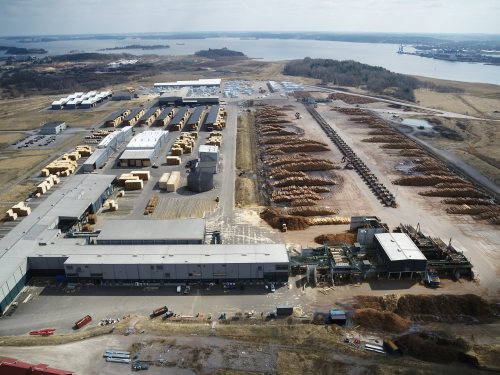 Iggesund Sawmill is an innovative and efficient sawmill. The sawmill manufactures pine joinery timber used for interiors such as furniture, windows, doors, staircases and flooring. A horizontal saw enables us to saw pith-free products with fewer cracks and deformations, which also brings major drying benefits.

Linghem Sawmill is a niche small log sawmill with an integrated planing mill. Here we produce sawn and planed wood products for joinery and construction purposes in 3-metre lengths. Production at Linghem also complements the products at Braviken Sawmill, helping to strengthen our market position particularly in Sweden and the UK. 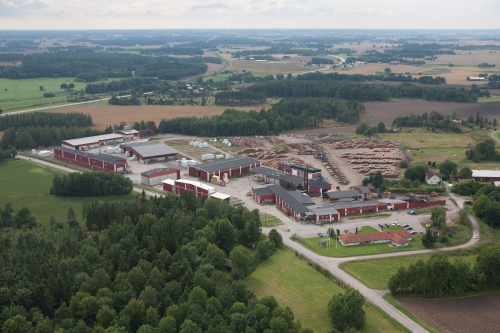 Bygdsiljum is in Västerbotten County and this is where the Group’s head office is located, along with its largest sawmill in terms of capacity. At the Bygdsiljum facility, there is large-scale production of sawn lumber and processed wood products, along with production of both glulam and cross-laminated timber.

Production of glulam started in the 1960s and today, Martinsons is one of the Nordic region’s largest manufacturers of glulam. A new grading sawmill was inaugurated at Bygdsiljum in 2010. It was an investment of SEK 110 million and it demonstrates that Martinsons remains on the cutting edge of technology, with a leading position in Europe.

The Martinsons sawmill at Kroksjön is situated just outside of Skellefteå. It was acquired from Wallmarks Såg (also its former name) and for many years, it has been one of the leading sawmills in the Norrland region. Wallmarks was established back in the 1920s and when it was acquired by Martinsons in 2003, it was already an advanced sawmill, with vast expertise in manufacturing of processed wood products and customised products.

In 2007, an additional SEK 65 million was invested to expand the sawmill and increase its capacity. Martinsons’ factory for ready-to-assemble wooden bridges is also located at Kroksjön, along with a production line for industrial building components.

Iggesund Sawmill and Braviken Sawmill form bio co-locations with their neighbouring paperboard and paper mills. This means that all parts of the raw material are put to use in a cycle in which chips from the sawmills become raw material in pulp production and the residual products are used as biofuel to produce energy and district heating. In return, the steam from the paperboard and paper mills is used in the drying processes at the sawmills. Read more.