Iggesund Sawmill recently spent two weeks testing an electric forklift truck and comparing it with the diesel forklifts that they currently use. No decision has yet been taken on an electrified future, but the feedback is overwhelmingly positive.

Fredrik Jonsson, a kiln operator and his colleague forklift driver Hevind Hajo tested the forklift. “It was certainly different. When I eased off the accelerator, there was a lot more engine braking than I’m used to. There was a whining sound inside the cab that I didn’t really like, but a different kind of sound insulation might solve that.” says Hevind.

The forklift has been handed back and the focus has now shifted to working out the running costs involved and reviewing other technical considerations such as how to set up an efficient charging system. 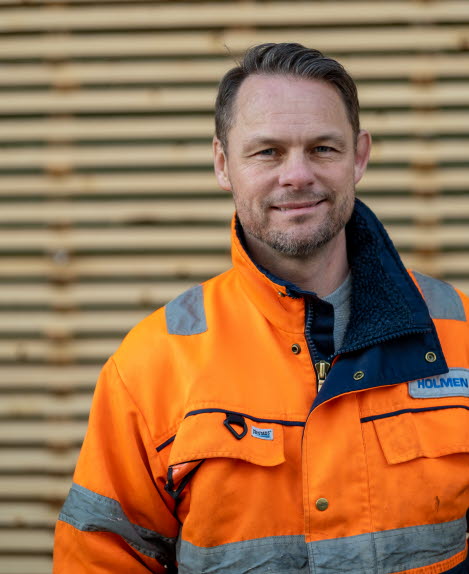 “Almost everyone feels positive about it and agrees that electric alternatives are the future. With forklifts that are properly adapted to our work, there are huge potential gains to be made in terms of sustainability, economy and the work environment,” says Jonas Bryngelsson, head of the trimming saw section.

The forklift was borrowed from the mill’s neighbours at Kalmar (a Cargotec company). The global logistics group services the existing diesel forklifts and offered the sawmill a trial period of two weeks to test and evaluate the electric version.

“Most of our forklift drivers and kiln operators thought it worked well, although the truck we had wasn’t adapted to the specific dimensions and conditions that we operate with here. This meant we couldn’t put the truck fully through its paces, but it was more about determining whether it was worth getting an electric forklift.”

​“Almost everyone feels positive about it and agrees that electric alternatives are the future. "

Fredrik Jonsson, a kiln operator in one of the three shift teams, is very impressed. However, he does point out that the forklift behaves slightly differently to the current ones.

“It suited my driving style. The electric truck is more responsive and reacts more quickly than a diesel forklift. I think it’s just a case of getting used to the differences.”

His colleague, forklift driver Hevind Hajo, also tried it out:

“It was certainly different. When I eased off the accelerator, there was a lot more engine braking than I’m used to. There was a whining sound inside the cab that I didn’t really like, but a different kind of sound insulation might solve that.”

Noise, at least outside the cab, is one of the key benefits mentioned. The most obvious one is perhaps the sustainability gain, but there is also the major potential for better running costs. An electric forklift is generally more expensive to buy than a traditional truck, but in the long run the costs are likely to be significantly lower.

“The energy cost is tiny in comparison, and it’s also quick and easy to replace the battery – definitely quicker than filling a tank with diesel,” says Fredrik. 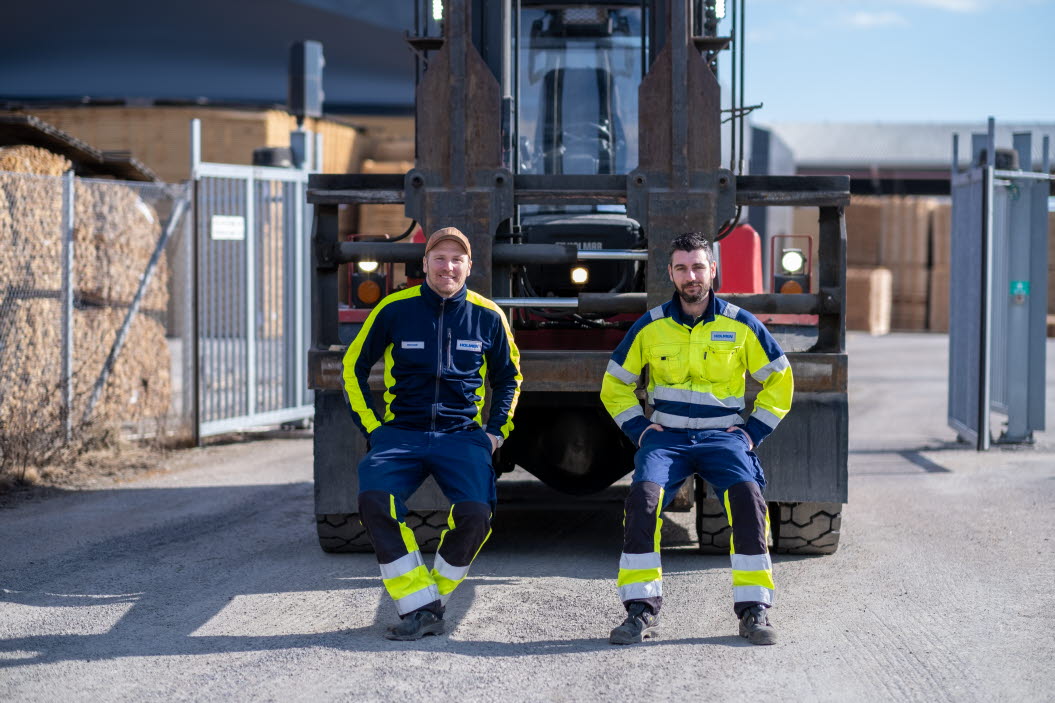 The truck was fitted with a traditional lead-acid battery, with one charge proving enough for a little over one shift.

“A solution with lead-acid batteries requires a setup of three batteries for one truck. We’re not entirely sure how things would work out with more modern batteries, but they would probably allow us to get away with just one per truck. However, then we would need charging stations for more frequent charging over the course of the day as the opportunity arises.”

“If we do invest in electric forklifts, we will of course have spare batteries so things don’t grind to a halt,” concludes Jennie. The general view seems to be that whatever happens in the immediate months ahead, logically electric forklifts are the future. You just have to look at the automotive industry and the way the rest of society is going.