Our role in a fossil free society

Climate change is the greatest challenge of our age, where emissions from fossil fuels are a central part. This requires major changes to the global energy system.

Most of Sweden’s current electricity generation is based on nuclear and hydro power, each of which account for around 40 per cent of total production. With average energy consumption rising, the population growing and the planned partial decommissioning of nuclear capacity, renewable energy production is expected to take on even more importance in the future.

As part of its commitment to the UN’s 2030 Agenda for sustainable development, the Government has decided to implement the biggest investment in the environment and the climate in Swedish history, setting a target that Sweden’s energy production will be based 100 per cent on renewable energy by 2040 and the nation will be entirely carbon neutral by 2045. 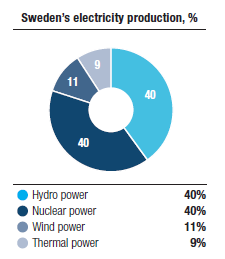 Holmen’s contribution to the sustainable transition 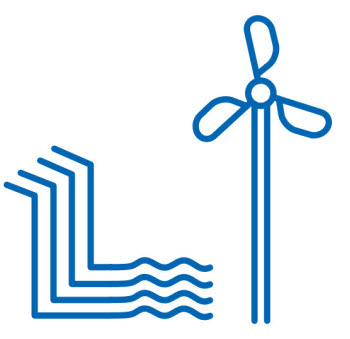 As owner of hydro and wind power sites, Holmen has an important role to play in the transition – through our direct provision of fossil-free energy and through productive collaborations, where our knowledge and our extensive land holdings can enable other actors to establish themselves and grow in the energy market.

In a normal year, Holmen produces over 1 TWh of renewable hydro and wind power. Together with the renewable electrical energy that is produced at the Group’s mills, this equates to nearly 50 per cent of Holmen’s overall energy consumption.