Holmen's employees must be treated with dignity and respect. No discrimination or harassment in the workplace is permitted. Holmen's approach to gender equality, diversity and equal opportunities is clearly communicated in both the Group's Code of Conduct and in the company's HR Policy.

No form of discrimination is accepted

In cases where some form of discrimination or harassment has been discovered, the responsible manager is to investigate the causes and take action. The local HR department provides support and performs follow-up.

During 2019 no incidents was reported through Holmens Whistleblower service. The incidents that have been raised internally regarding discrimination or harassment have all been handled by an external part. None of these cases have been considered to fall within the legal form of discrimination or harassment. All cases have been handled in accordance with Holmen’s procedures and processes for conflict management.

Holmen is responsible for the physical working environment, work duties and the work organisation being designed, within reason, to suit the employees' physical capabilities. This must be ensured in systematic health and safety activity. Holmen takes special account of gender equality and physical accessibility in new investments and rebuilding projects.

The forest industry is a male-dominated sector. Holmen is working to achieve a better balance. The proportion of women in the Group is still low, 20 per cent. Of employees appointed in 2019, 29 per cent were women.

Women in the management teams

The number of positions in the Group's, business areas and mill management groups held by women amounts to 16. Two of these women is also in Holmen's Group management. The Holmen Board includes three women, all elected by the AGM.

If the number of women in higher positions is to increase further, there is a need for the proportion of women operators to increase. These form the recruitment base for first-line managers. Holmen has started work on this, but it will take time to produce results.

Holmen prepares action plans and pay surveys at the Swedish units accordance with the Discrimination Act. The company identifies any pay differences between women and men who perform identical or equivalent tasks. The survey is conducted to identify, remediate and prevent unwarranted gender-related differences in pay and other terms of employment. Where unwarranted pay differences have been discovered, action plans have been adopted in consultation with the union organisations.

Please take a look att our Vacancies. We might have just the job you are looking for.

There are all sorts of opportunities within Holmen. We employ everyone from engineers and operators to economists, information systems graduates and behavioural scientists. Our forestry operation also employs certified foresters and forest rangers. 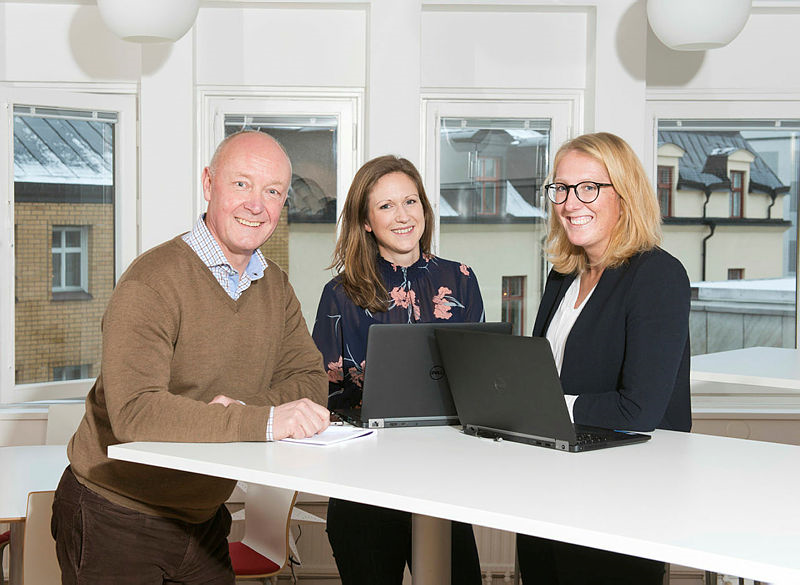 Do you have a great interest in technology and like to solve problems? Then the chance that you will enjoy working at Holmen. Together with your colleagues you will be responsible for ensuring the operation of our machines.

Are you a creative engineer who is passionate about technology and dares to think new? Our engineers are constantly working on developing our products, our manufacturing process and our energy circuit.

Strong leadership is a factor for success in terms of financial results. Leaders who are able to commit themselves and motivate their employees generate power and potential in their teams and inspire them to perform better.

Are you curious about Holmen as an employer? Do you want to know more about what opportunities you might have with us? Hear what our employees have to say about working at Holmen.

We have a good product and I am proud of that

Here, Frida, Iggesund's operator, describes her role and how important she thinks Holmen's focus on sustainability is for the future.

Meet colleagues Erik, Jarmo and Andreas, who is one of the teams at Iggesund. They give their views on what is required for successful collaboration.

"Holmen is constantly evolving and we are part of that journey"

Meet Kristian Hast and Lasse Halonen, shift Electrician at Hallsta Paper Mill. The two colleagues tell us about their roles and work at the mill.

"Stimulating to contribute to high quality and production speed"

Meet Sami Hauta, operator at Braviken's paper mill. In this movie Sami tells us about his journey within Holmen and the role of a operator.

"Everything to get better"

"Great to be part of Holmen's investments and community"

Peter Schlömer, Iggesund's sawmill, tells us about the job as a sawmill operator and how he sees Holmen as an employer.

"There is a strong sense of pride in the mill"

Malin Ekroos, Section Manager Fibre, gives us an insight into her journey within Holmen and the pride, motivation and commitment she experiences at Iggesund Mill.

"Every day is different"

Edvin Thurfjell, Product Manager, describes his role at Iggesund Paperboard. Edvin also tell us how packaging could contribute to a more sustainable society.

Susanne Salovius, Department Manager in Pulpwood shares her journey within the company and her view of Holmen as an employer.

Sabine Claus, District Manager, shares her journey and role as a manager at Holmen Skog. She also talk about working in a Group that spans the whole chain from raw material to production.

"We are making a contribution to the future"

Here we meet Daniel Stridsman, District Manager at Holmen Skog. Daniel tells us about his long journey within Holmen and the opportunities for development within the Group.

Robin Collin-Karlsson, Business Developer, talks about his way into Holmen Skog and his development within the company.

Fredrik Hjelm, supervisor at Braviken sawmill, shares his long journey within Holmen and describes his role as manager.

"You get the opportunity to influende"

In this film, we meet Andreas Johansson in the middle of the leap into a new role as Business Analyst at Sales and Market Intelligence. He talks about his journey and challenges in Holmen.

"Iggesund is a great place to develop and work "

Meet Divan Strydom, Energy Engineer at Workington Mill. Divan tells us about his development and work within Holmen..

"The company culture is very open"

In this film, we meet Anniek van Engelenburg one of ore employees at Iggesund sales, Amsterdam. Annieke describes her role and journey in Holmen.

"I´m proud of representing the company"

In this film, we meet Christian Schick one of ore employees at Iggesund sales, Amsterdam. Christian describes hir role as Key Account Manager and his journey in Holmen.

"Holmen is a very reliable and sustainable company"

In this video, we meet Marieke Verslot one of our employees at Iggesund sales, Amsterdam. Marieke describes the role as Manager Customer Service and her long journey within Holmen.