We are proud of the high quality we have of the raw materials we produce ourselves on our land and deliver to our own industry, and we are careful that our suppliers maintain the same high quality. Therefore, we perform risk analyzes of our suppliers' work linked to business risk, environment, labor law, ethics and supplier follow-up.

In 2019, approximately one hundred and twenty strategically important suppliers were assessed via EcoVadis, with an average of over approved. Only a few suppliers showed significant defects in individual areas, which are managed through action plans that are followed up during the year.

Of the suppliers we have evaluated and followed up in 2019, there has been no risk of child labor, forced labor or restriction of organizational freedom and therefor no audits have been conducted during the year.

The results of Holmen's risk assessment show that we have our greatest risks in the areas of input products, production materials and transport. 23% of our suppliers in these areas are considered to be severe or high risk. 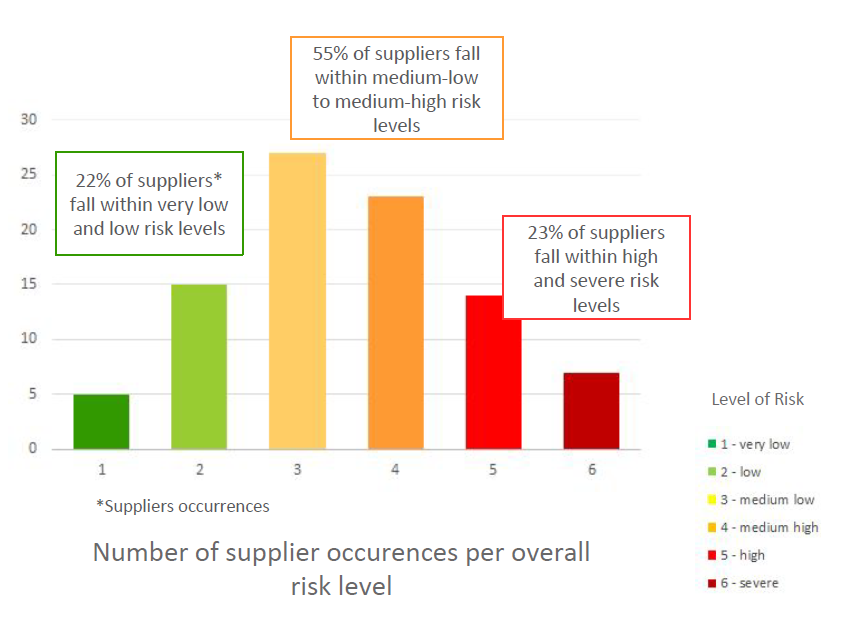 The results show that the highest risk among Holmen's suppliers lies in the area of ​​sustainable procurement. This is illustrated in the circles below.