Response rates from catalogues have increased

According to recent research published by Harvard Business Review, catalogues are making a strong comeback with increasing response rates.

It is probably not common knowledge that catalogue mailings have been increasing steadily since 2015. And what’s more: consumers are surprisingly enthusiastic about receiving them – the response rates from catalogues have increased by as much as 170% from 2004 to 2018, reports Print Power from a study published in Harvard Business Review during spring 2020.

A large-scale field experiment was made together with a U.S. based luxury watches and jewellery e-commerce retailer who has a global clientele and a database of 28 000 customers. Author/researcher Jonathan Z. Zhang, from Colorado State University, combined results from the experiment with trends in retail technology and research from consumer psychology, to a larger study with relevance for retail and consumer goods.

In the survey, 500 random customers from a group only receiving email were compared to a group of 500 other customers receiving both email and catalogues. The customers were told they were in the process of evaluating and improving the material sent out, so they were unaware of the comparison. Both groups were asked how easy it was for them to imagine wearing the products and how vivid they judged the product descriptions to be. The scale was 1-7, where 1 was not very easily imagined or not vivid, 7 was very easily visualized or very vivid.

The respondents in the “Email-only” group gave an average rating of 4.3, while the “Email + catalogue” group gave a rating of 5.6. The difference is large and statistically significant. The survey shows that catalogues are good at enhancing product vividness and the ease of product imagination. These are factors directly related to consumer engagement and sales, according to Zhang’s research.

This study shows that the catalogue is a medium with strong effect. Using the catalogue as part of the marketing campaign turned out to bring a great ROI, return on investments. The study has also paved the way for better measuring methods regarding catalogue campaigns. By using a large enough audience and including control groups it clearly shows which part of the effect originated from the catalogue.

The evolution of emotion

One of the reasons behind catalogue growth in general, says Zhang in the article, is that physical stores are expensive, and retailers using e-commerce as their main channel need to make their product presentation more vivid, tactile and memorable.

Just like the evolution of the retail landscape, catalogues have evolved. To tap into the effect of the psychological theory of vividness, the catalogues can no longer be a rambling collection of product pages.

”Firms need to focus on designing stunning imagery and creative presentation of products to evoke emotion, blending in these product imageries with literature that embodies higher-level values that the brand stands for”, says Zhang and mentions examples like Celebrity Cruise Lines, Nordstrom, and literary and art magazines issued by the French luxury brand Hermès.

Further research is needed to say how retailers within utilitarian and functional products can benefit more from their catalogues, because these areas are not as visually rich. So far, these customers have not yet shown as large responsiveness to the evocative aspects. But firms’ abilities to empathize with consumers and evoke emotional connections will constitute crucial competitive advantages in modern e-commerce, the study concludes. Catalogues are a powerful medium for achieving these creative and aesthetic capabilities. 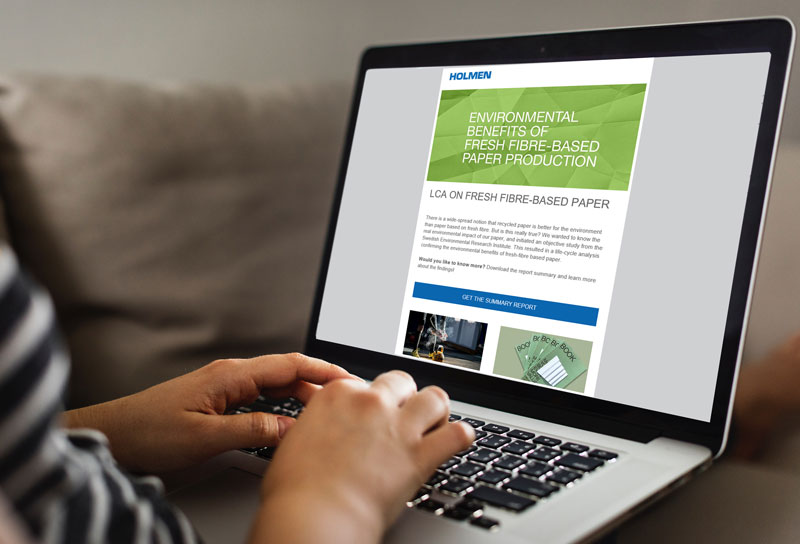