We have plenty of experience of minimising fire risk

Last year’s hot summer with forest fires is fresh in our memories as the holiday period approaches. How has Holmen prepared for this summer? We phoned Jan Åhlund, head of forest technology, Holmen Skog.

Holmen owns and manages 1.3 million hectares of forest in Sweden. Whatever type of forest it is, there is always a risk of a fire starting when the weather is dry. 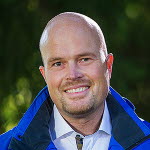 “When the risk of fire is high, we always consult with our contractors. We make a joint assessment of the situation and decide how we are going to carry out the harvesting work or soil preparation or whether not to do it at all,” says Jan Åhlund.

If it is decided that it is safe to work in the forest, there are several steps that can be taken to further minimise the risks.

“For example, we can mainly harvest at night when the atmospheric humidity is higher, remove chains and belts on the machines to reduce sparks, have fire watchers to check that nothing catches fire and also carry out checks of the area once the work is complete.”

Summer 2018 was extreme in many ways. Due to the drought, high temperatures, low atmospheric humidity and wind, the fire risk was high across the whole of Sweden. Several severe fires were started by train traffic and thunderstorms while few fires were caused by forest management.

“Only one per cent of the total number of fires recorded took place in conjunction with forest management, which speaks well for the fire prevention work that is carried out,” says Jan Åhlund.

In total, approximately 21 000 hectares of forest in Sweden burned last year. Major forest assets were lost. The workload was high and the extinguishing work was expensive. Despite that, Jan Åhlund is reassuring as this year’s holiday season approaches.

“There is always a risk of fire but we have plenty of experience of minimising it and the number of fires has fallen drastically compared with how it used to be in the past. The single greatest thing that the world can do to prevent this type of fire is to use the forest more to combat global climate change.”

So what do the preparations for the summer look like?

“The key to managing forest fires is making sure they don’t get too big,” says Jan Åhlund. There are five critical basic criteria for effectively combatting forest fires. These are: preventive work and good preparedness, early discovery, rapid and effective action at the start, a sustained rescue initiative until the risk is over plus careful extinguishing and well-organised follow-up checks.”

In addition to the ordinary ongoing work on fire preparedness, since last summer Holmen has also carried out a number of extra initiatives based on the five basic criteria.

“We have reviewed our preparedness, contracted more extinguishing resources and added to our equipment. We have also carried out training initiatives for all employees who have some form of fire responsibility.”

But the greatest new innovation is map support that will make it easier to share map material and GIS* programs with other external actors if forest fires occur, e.g. by mobile phone, Jan Åhlund explains.

“In the intense summer of fires of 2018, Holmen built a special “fire map” that was successfully used to gain an overview and control operations when fighting the major fires in Hälsingland. The new map support has been developed using this as a role model,” he concludes.